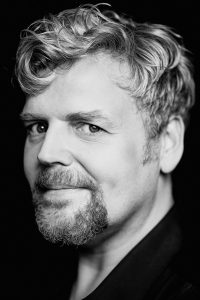 In 1888, a famous Dutch author, Louis Couperus, wrote one of his most famous and acclaimed works entitled Eline Vere. The novel had seen its birth as a weekly column in a Dutch newspaper launching both his career as a writer and the longevity of that gazette.

What I love most about Couperus’ style of storytelling is the way he entwines the highly dramatized fiction surrounding Eline with real elements of the time – like actual famous people, operas, composers.

In the first segment of the novel, the protagonist Eline Vere, a young creative woman trapped in the corset of her time during the late 1800’s falls in love from afar with the newly arrived baritone Théo Fabrice when she attends the opera in The Hague, where he is singing the role of Ben Said in Gounod’s final opera Le Tribut de Zamora. Fabrice, having arrived from an engagement at La Monnaie in Brussels, captivates Eline thoroughly, and she becomes obsessed with him for a time.

My portrayal begins 11 years later, in 1899, when our French baritone Fabrice is back in Paris. He’s invited by his dear friend Charles Pierre Casalasco to come to a restaurant where Casalasco works, to be introduced to a circle of elite customers visiting from NYC amongst which are the famous J.P. Morgan and the glamorous Vanderbilts.

In the heady atmosphere of this encounter, amongst the most refined sable furs, delicately hand crafted Belgian lace containing the finest silk, gold and silver threads, enticing French perfume and utterly dazzling jewelry dripping with diamonds and pearls – everything an extravagance of money can buy during this Belle Epoque period, one of the gentlemen guests suggests to Fabrice that he come to NYC and perform during the 10th anniversary gala at Carnegie Hall in April 1900.

Little does our hero – nor anyone else at the time – know that this gentleman, Mr. George C. Parker, is a renowned con artist – a fact that will make the end of our story take an unforeseen turn.

Fabrice takes this exhilarating request to his voice teacher and mentor, the famous Pauline Viardot, the legendary mezzo soprano, born into the musically renowned Garcia family. Viardot’s salon gatherings in Paris had been graced by the presence of admirers and friends including all the great artists and composers of her time – Chopin, Saint Saëns, Gounod, Berlioz, etc.

Viardot persuades Fabrice to accept all the invitations he has received over the years from all over Europe, suggesting he go on a farewell tour, spreading his art one more time, while obtaining the funds and reputation for the great journey to New York and Carnegie Hall.

She gives him a delicate silver pin* in art nouveau style for good luck and says:

Fabrice cherishes it from the moment Madame Viardot pins it on his lapel not knowing it eventually will get him in serious trouble when presenting a recital in Saint Petersburg -but more about that later!

As you may understand by now, I’m creating a story as Louis Couperus did; based on both fact and fiction.

The facts encompass all the information about the times, the composers, the gossip, its culture, its art, and the travels and adventures of Théo Fabrice, baryton extraordinaire, told through his fictional letters and diaries.

You, dear listener, can have a first-class seat when it comes to enjoying the most beautiful music written at that time.

As a Member of La Société de Fabrice, you will get the opportunity to travel with Théo Fabrice, soak up the background of the glorious music you will hear him present along the way, performed by yours truly, Hans Pieter Herman, with the incredibly gifted pianist Bas Verheijden.

Starting in Paris, visiting Milano, moving on to Vienna, meeting Leo Tolstoy, with at his side the 21-year-old Annie Karenin (Anna and Vronsky’s illegitimate daughter) in Moscow. After fleeing for his life from Saint Petersburg Fabrice meets a famous tenor in Helsinki with whom he will sing, among other vocal gems, one of the best known and beloved French opera duets. Then a memorial concert for Johannes Brahms in Hamburg which was Brahms’ birth town. He travels to München singing Strauss, onward to Nancy presenting newly written music by his close friend Joseph Guy Ropartz. Then in The Hague he will grace the stage with a French opera recital including duets and arias with mezzo-soprano Anna Traub, and while in London where Fabrice is not even scheduled to perform due to immigration restrictions, he eventually finds himself singing a surprise recital for Queen Victoria herself at Buckingham palace where he will present songs by Mendelssohn, one of the Queen’s very favorite composers.

From Dover, on to the boat to NYC, he meets a protégé cellist and performs exquisitely beautiful music written for baritone cello and piano on the high seas.

Starting in 2021, every third Tuesday of the month, all members of La Société de Fabrice will receive a compelling telling of these adventurous travels including a lot of background information, a 20-to-30-minute video of the most beautiful and romantic vocal repertoire, performed by us, and filmed and recorded without an audience, so it will have lots of opportunities for different camera angles and close ups, and be presented exclusively for members.

All the poetry in the many different languages sung during this Project -French, Italian, German, Russian, Finnish, Swedish- will all be translated into English and will appear as Subtitles.

Our plan is to film with a projected backdrop in order to add beautiful impressions of the local visual art of the period from all the cities along the tour.

Will you help me to give Fabrice the chance to share his outstanding art one final time by becoming a member of his society?

If you are intrigued, interested, have questions including details about the membership fee, please send me an email at hanspieterherman@mac.com